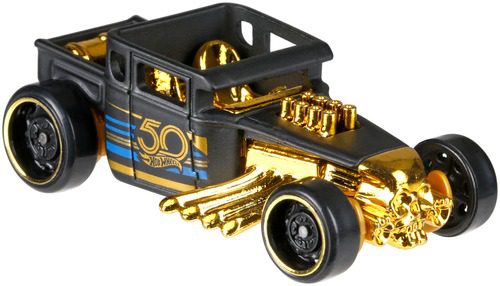 In 1968 Elliot Handler, US inventor, businessman, and co-founder of Mattel, dared his design team – a rocket scientist and a car engineer – to create a toy car that was cooler and performed better than anything else on the market, so that young boys could experience the thrill of hot rod culture. When Handler saw the first trackable toy car, with its custom design and eye-catching paint job zipping across the floor, he said: “Those are some hot wheels!” Hot Wheels® have become popular with adult collectors, for whom limited-edition models are now made available, over the last 15 years. The average collector owns over 1,550 cars.

Today Hot Wheels® is the number one selling toy and vehicle property in the world and this year, to celebrate its 50th anniversary, the brand is going into overdrive – with a campaign designed to celebrate five decades of pushing the limits of performance and design. One with the Soil