King Louie in Disney’s cartoon adaption of Rudyard Kipling’s Jungle Book was obsessed with fire – it’s all he wanted the little boy for, to “give me the power of man’s red flower so I can be like you!”. Be careful what you wish for King Louie because your desire is arguably the most destructive of the elements and reduces dreams to destruction before you can say “Ooh-ooh-bee-doo”.

Two years ago, fire destroyed the dream of Frank and Myriam Vogel, a Dutch couple who had invested into Welgevonden and who had built up a lodge in the south eastern quarter of the reserve. It spared little from the ashes apart from a few of the suites which were far enough away to avoid the flames. A small electrical fault in a thatch cocoon razed the main lodge, front and back of house, public areas and surrounding suites in an inferno that left nothing – even steel taps were molten into the earth. 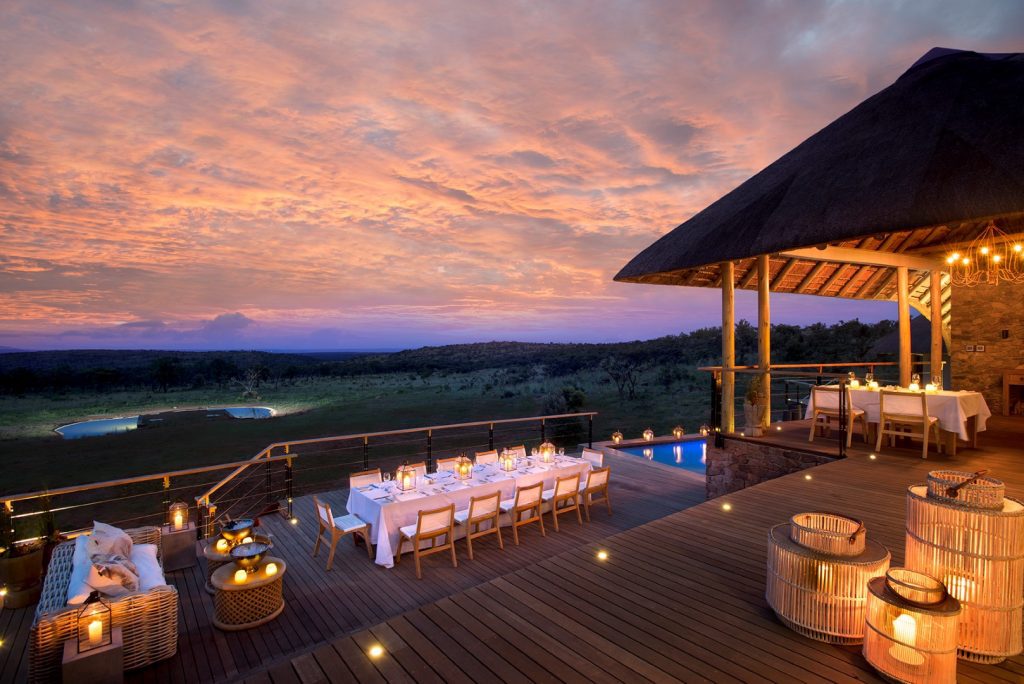 They set about re-building Mhondoro asking the questions of the experience that would differentiate the property from the much staid formula that luxury game lodges have relied upon for years. There’s no getting around the habits of wild animals so game drives early morning and late afternoon are unavoidable. It’s the expansion of activities in the quiet hours around the lodge that they saw as an opportunity. They also exploited the growing trend of private villas, accommodating larger parties or families with their own private amenities, butler, chef and game viewing vehicle included. 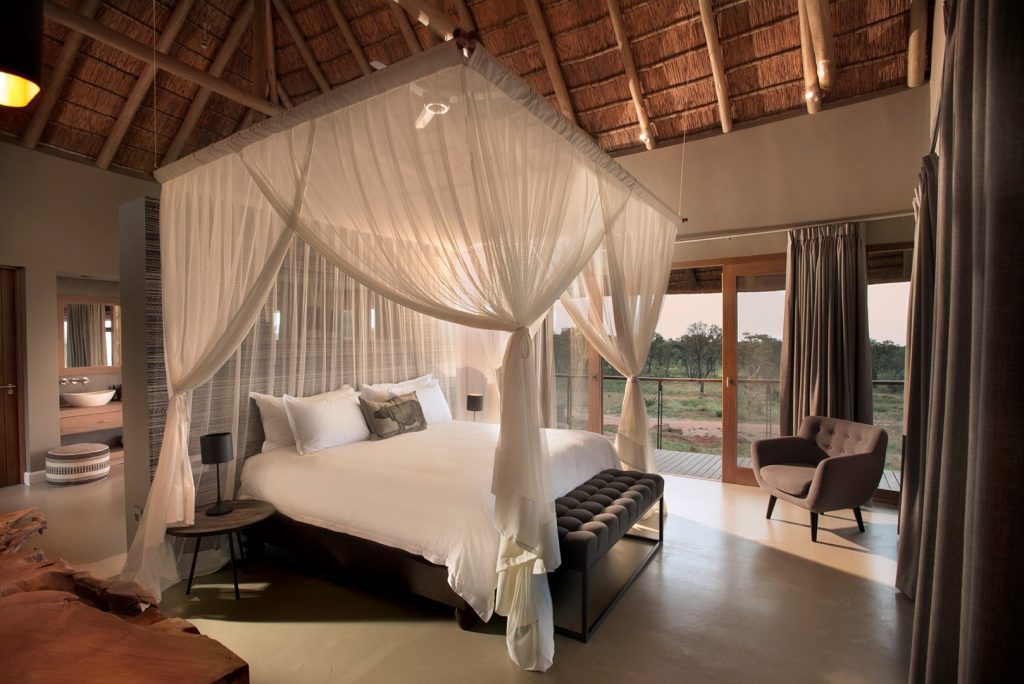 It was clear that a policy of differentiation meant throwing away the traditional game lodge feel of heavy wood and a colonial vernacular but keeping the rich textures of an African colour palette and local materials that define the bush. European influences would be unavoidable since Myriam Vogel is an interior designer and locally sourced furniture and fittings combined to perfectly marry European minimalist and modern style with the palette of African colour and texture. Finished wood and glass juxtapose against local stone and architecturally, the six sleeper villa would be at home in the designer rows of our top tier local suburbs.

Interior spaces of the villa, and the new lodge, exploit the natural volume of the thatch roofs which provide cavernous uninterrupted spaces intelligently portioned off through the use of furniture. Glass walls and doors keep you surrounded by the reserve and always living with natural light. Peel back the glass and you let the outside areas in, doubling the space with a large deck and private pool for the villa. The suites that managed to avoid the fire have all been redone to replicate the design ethos of the rebuild. 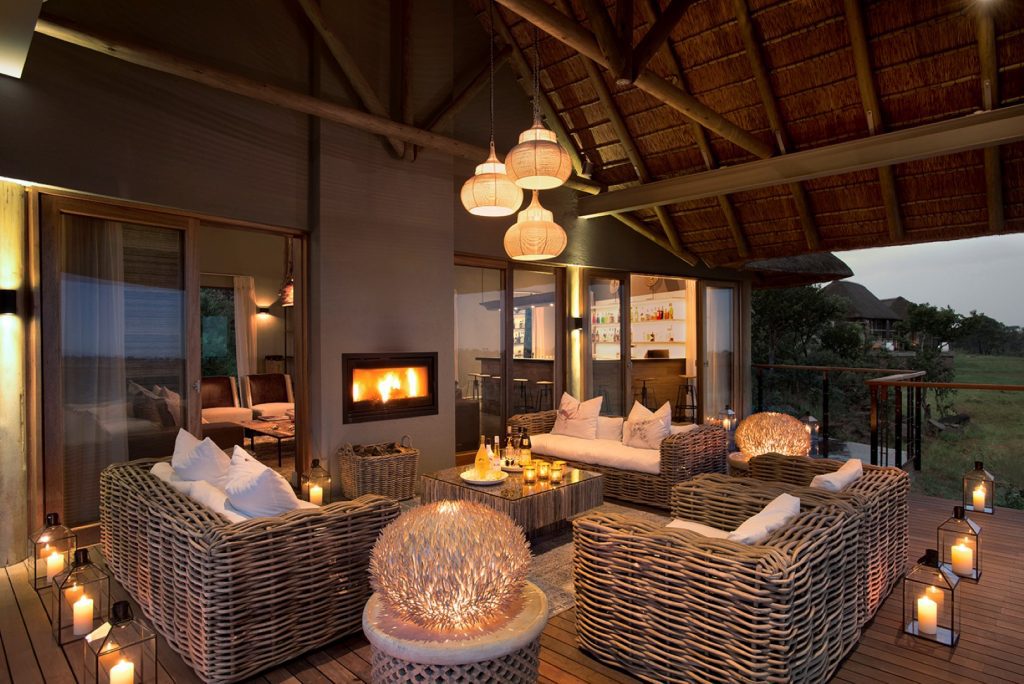 Any traveller to South African wilderness areas will marvel at the skies at night and Mhondoro has created a star deck to take advantage of the pollution free atmosphere. Benches are reclined at 45 degrees on an elevated platform with a tracking telescope in the centre to allow for close-ups of the constellations and they have camera hook-up planned for amateur astronomers to take their star shots home. 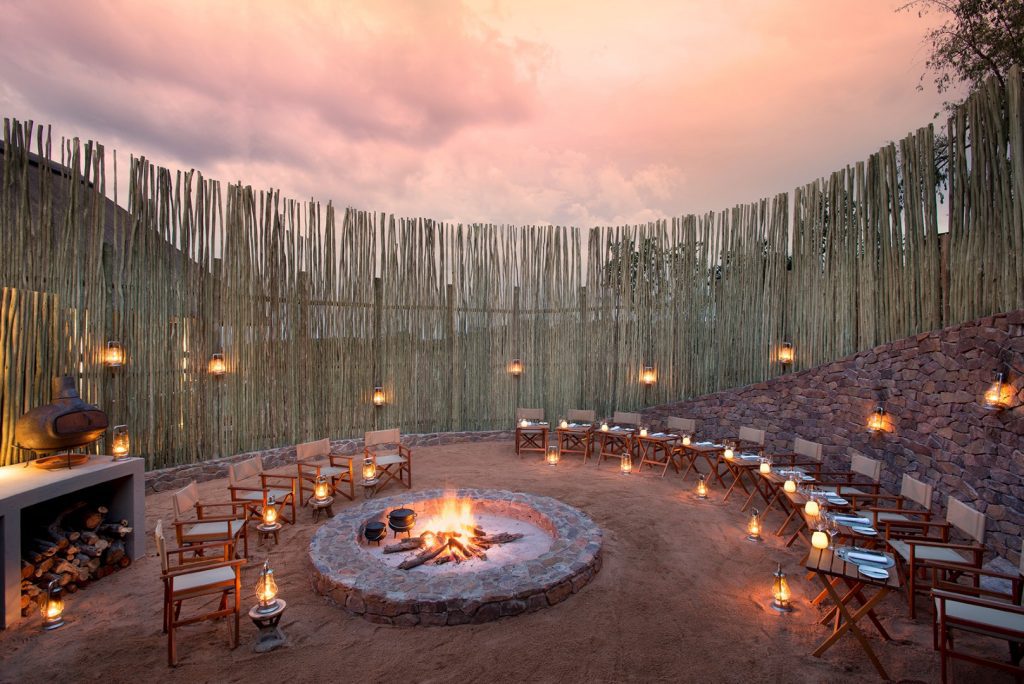 But the one differentiator that trumps them all is the waterhole hide. A tunnel was dug through the rock from the basement of the lodge to the waterhole some 50 metres away and opens up to a hide which puts you at water level for unique shots of wildlife from a low down angle and super close-up.

Herds of elephant frolic and enjoy a drink without recognising any threat the human beings in the hide might pose. But it’s the antics of the smaller warthogs and baboons that keep you in the hide for hours and if you get lucky as we did, you might get an elephant bull come down and do his thing close enough to touch.

The aspect of all rooms, the villa and the main lodge is toward the waterhole as the focal point. I fact if you decide to have a workout on the gym apparatus, lie at the pool or head toward the spa, which is a serene Nordic space with an Africa view, you’re looking at the waterhole, ready to abort all current activity and hot foot it down to the hide if anything of interest comes for a drink.

Our short stay meant two outings on the game vehicle and a guided walk through the bush, in the capable hands of S’bu – a lad out of Soweto who had dreams of a life in the wilderness. We attended the same school in Johannesburg albeit many years apart and we were all convinced that this fella should have been on Ritalin. He will show the big stuff like elephant and rhino, Charlie the crocodile and the resident hippo, but he immerses you in the small stuff, introducing you to plants you can eat for constipation, make tea with to relieve a headache and leaves you can rub into insect bites. He showed us the ball that is the fruit of a dung beetle’s labour and which bakes under the sand like clay to form a hollow orb the weight of a shot put and impenetrable to the enemy. 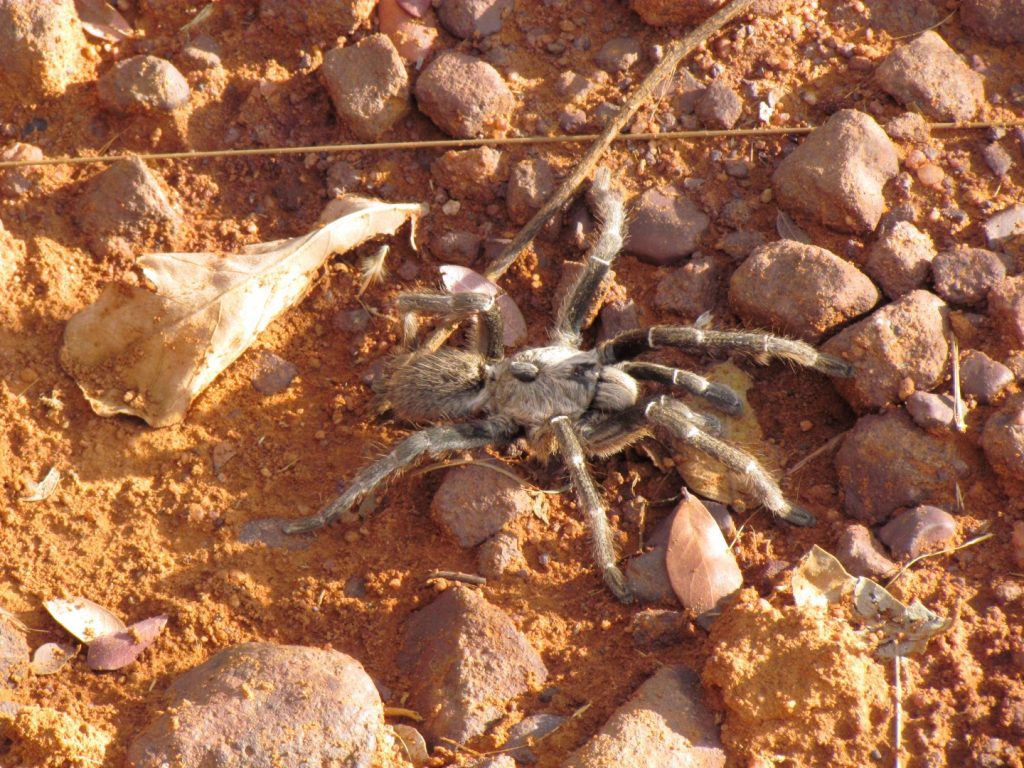 As we walked we made the sound of a nest raiding bird which attracted about five species who thought their homes were in danger, and he introduced us to the texture of boekenhout wood which, from the outside looks ugly an gnarly, but peel away the outer bark and the rich red hue of the wood gives it the colour so popular with furniture craftsmen. His compulsive nature kept us entertained until a few stomach rumbles reminded him that we had to get back to the lodge and breakfast.

The food at Mhondoro is another differentiating point and under the realisation that there’s a lot of eating that happens at game lodges – breakfast, lunch, dinner and tea – portions of classical dishes are small and even a full breakfast, which has all the ingredients, won’t have you running for your day bed to sleep it off. There’s no affiliation to an international culinary standard like Chain des Rotisseurs or Relais and Chateaux and there’s no need because these chefs are masters at the use of ingredients grown on the property and they surprise you at every meal with food that sits comfortably in any fine dining establishment. 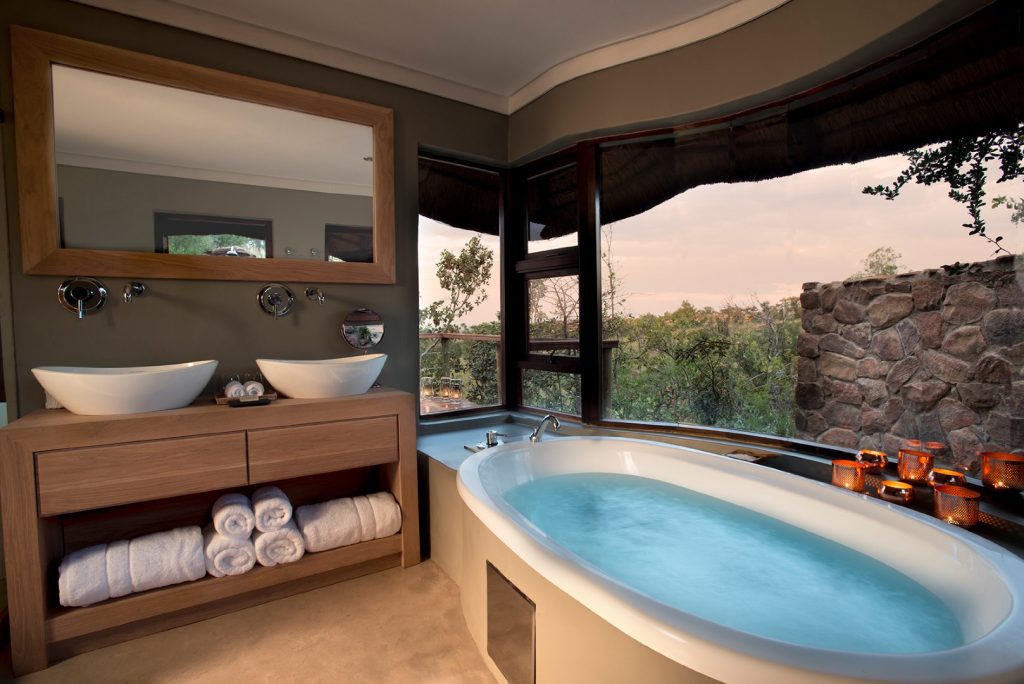 Mhondoro’s story is one of rebirth out of a tragic event that could have been a lot worse had circumstances been any different. The opportunity to take the norm and re-invent it has been seized and the result is a refreshing departure from tradition which leaves a lasting impression.