Treasured for its ability to deliver truly royal cruising experiences, the award-winning Majesty 135 continues to be one of the most beloved creations in Gulf Craft’s large portfolio of luxury motor yachts from its Majesty Yachts – Superyacht Collection.

Gulf Craft’s enduring legacy and commitment to innovation echoes across every aspect of M/Y Nashwan’s exterior and interior design, which has been completed by the shipyard’s very own Design Studio. Characterized by its ability to maximize both space and natural light from the inside and out, the Majesty 135 offers a roomy and bespoke interior that emanates elegance and sophistication, from the vanity table tops made from premium quality marble to the world-class leather imported specifically for the owner’s requirements. 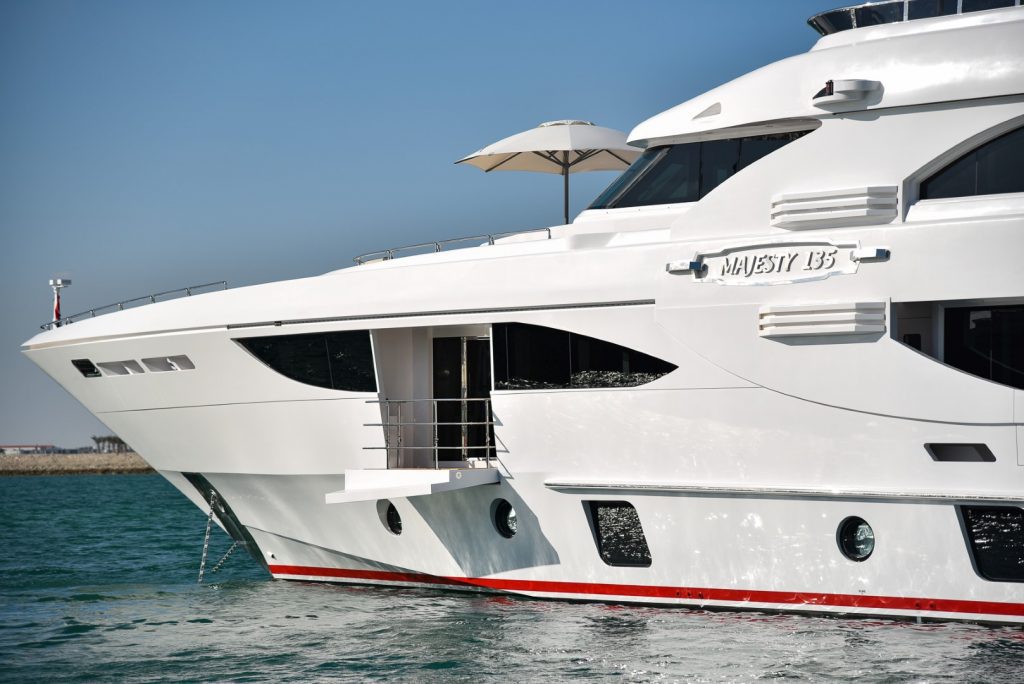 M/Y Nashwan builds on the exceptional Majesty 135 experience by offering a dedicated on board beach club, where guests can relax and soak up the sun’s golden rays while cruising amidst the world’s oceans. The owner’s stateroom balcony is also a distinguished feature of this superyacht, allowing owners to take in breathtaking views of gliding seascapes from the privacy of their own room. 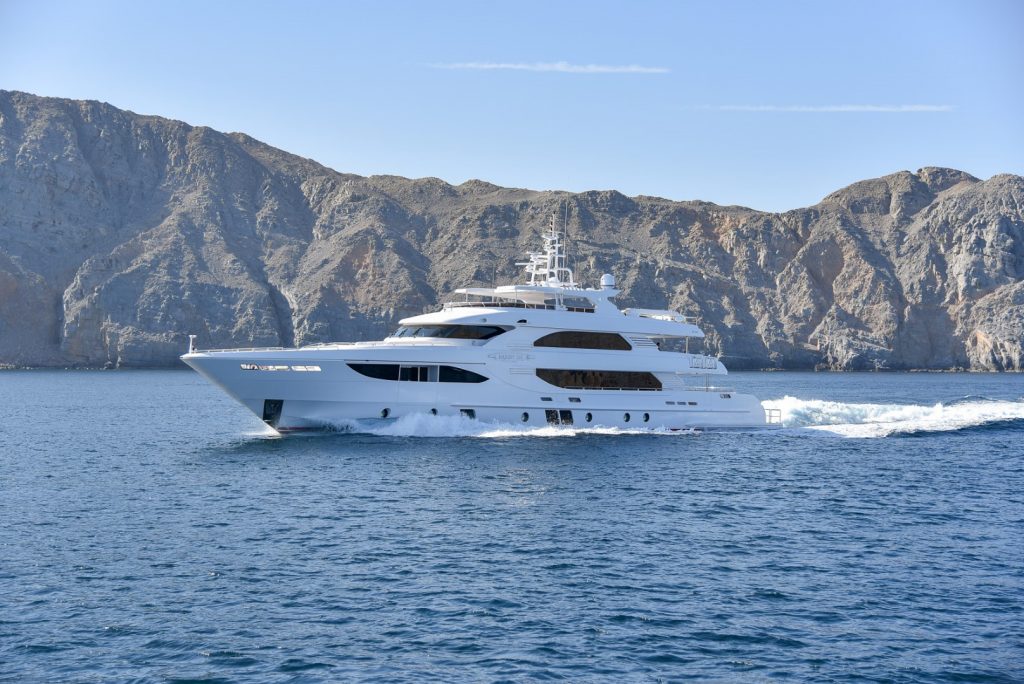 Powered by twin MTU 2,600 hp engines, the Majesty 135 weighs a gross 320 tonnes and can cross a distance of 3,800nm at an economical speed of 10 knots. The Majesty 135 offers accommodation for up to 12 guests across 6 lavish staterooms. The superyacht always makes a commanding presence at the Dubai International Boat Show, and has also recently made its way to the Qatar International Boat Show and the Monaco Yacht Show. The Majesty 135 was bestowed with the prestigious Best Asia Built Yacht award at the Asia Boating Awards in 2013, and was also named a finalist at this year’s World Superyacht Awards.

Delivered to her owners earlier this month, this will mark the sixth launch of the Majesty 135 since the inaugural edition made its way to Southern France in 2012.

End of the Drophead and Coupe