The Clicquot Magnetic Arrow retraces Madame Clicquot’s steps to 6 iconic destinations around the globe, which happen to also be some of the world’s most loved cities, including Paris, New York, Sydney, Tokyo, Milan and London.

It’s a chic accessory for your fridge and a happy reminder of your favourite city or perhaps the next destination to cross off your travel bucket-list. Each bottle of Yellow Label is packaged with a different Clicquot Magnetic Arrow, so you can collect the set of 6 cities. 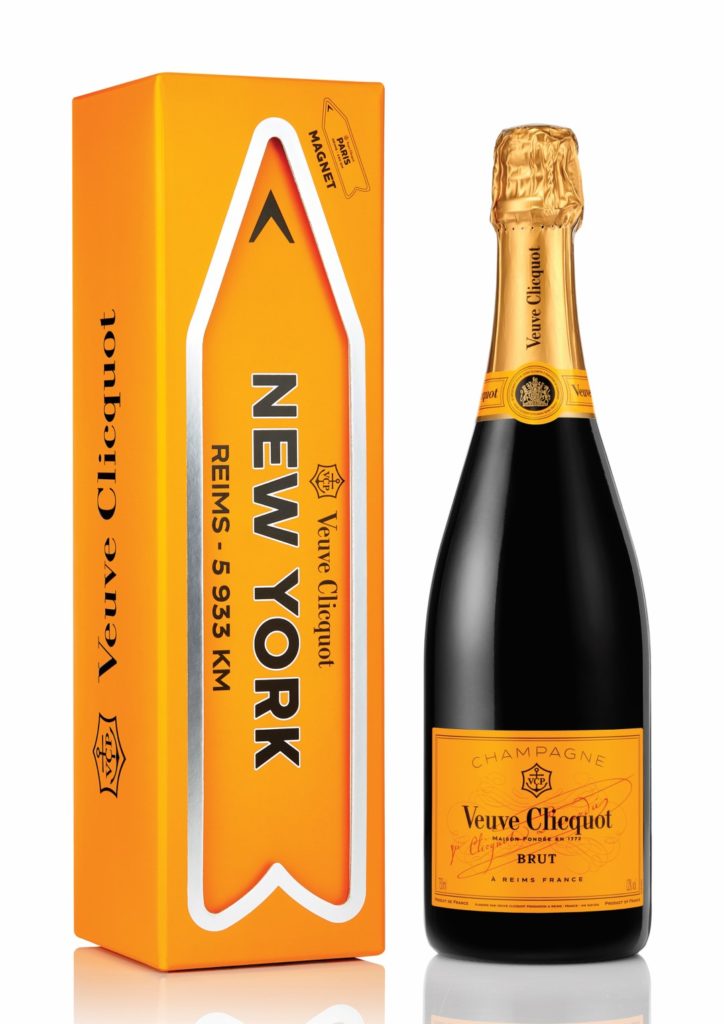 Travel has always been a cornerstone of the House. Launched in 2016, the Journey program was inspired by Madame Clicquot’s own adventurous spirit. A visionary in many respects, she understood the importance of expanding her business to the far reaches of the world. Since its founding in 1772, the House has always exported its wines; first throughout Europe, then to the United States followed by Latin America, Africa, Asia and the Pacific.