This is a bottle of Cognac that says, “very special” by simply looking at it. The decanter is a replica of the original flask discovered on the site of the battle of Jarmac. 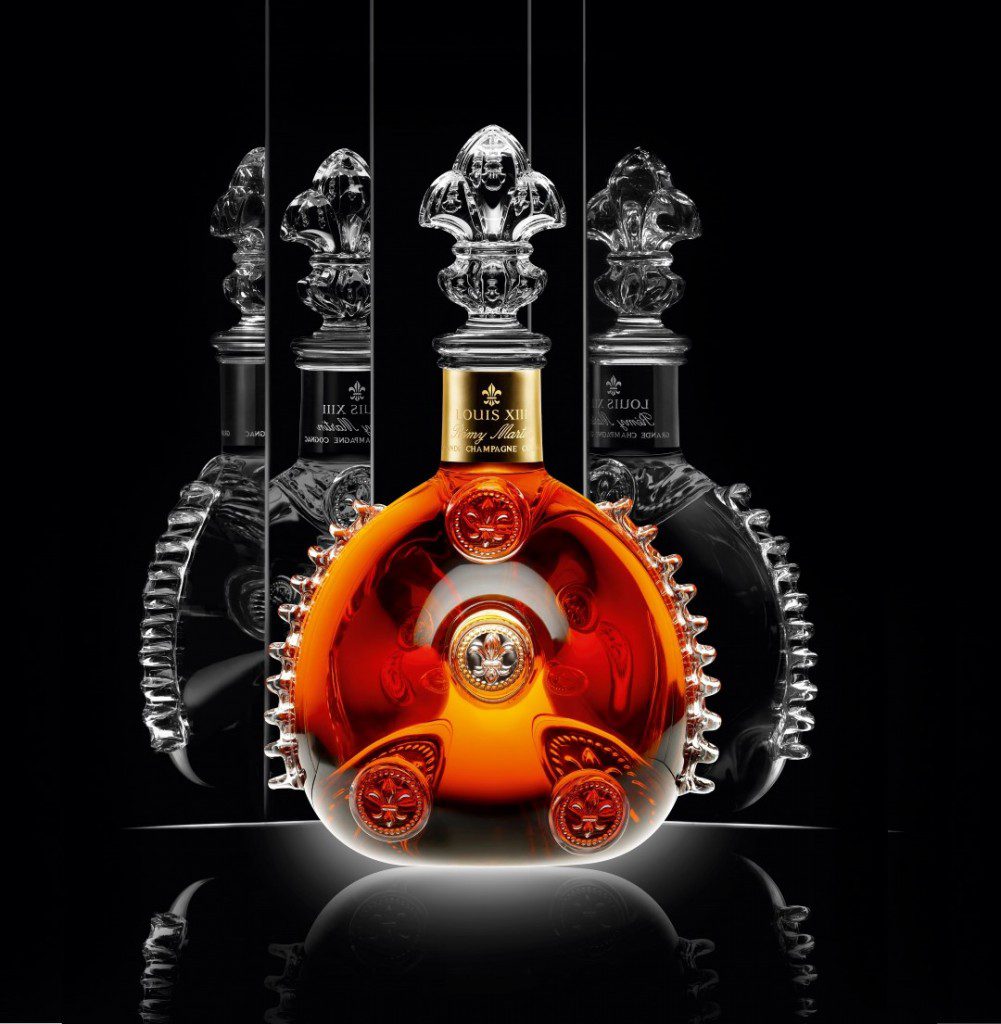 And the selection process continues today for Louis XIII Cognacs into the future, between January and March, each distiller presents its eaux-de-vie to the Cellar Master, Pierrette Trichet, and to the Rémy Martin tasting panel. Out of the eight hundred to a thousand samples presented every year, only a dozen or so will be chosen.

The first encounter with Louis XIII is one of sight. By letting the light filter through the crystal, it reveals its mahogany colour. Then, the sense of smell comes into play. The first nose of Louis XIII is incredibly rich, combining floral aromas with spicy fragrances. Jasmine is a dominant note, highlighting the saffron. It is then followed by the five spices powder, punctuated by the scents of Havana. The second nose blends the perfumes of flowers and exotic fruit. Once the fragrances of jasmine and saffron have taken hold of our nose, we are already in the rich and harmonious world of Louis XIII. We next find ourselves being drawn into the nuances of dried fruit and the ambiance of frankincense. The first drop of Louis XIII will infuse the whole mouth, giving life to subtle tonalities of fig and sandalwood. On “savouring” the subsequent mouthful, infinite flavours are revealed as we discover the softness and roundness of the eau-de-vie.

The complex palate lingers and lights up each corner of the tongue and is oh so smooth. The first thing you want to do is have another mouthful but this is special and needs to be savoured.

The carafe with the rounded lines symbolises Louis XIII and reveals a legend that crosses four centuries without unveiling its mystery. It is said that this “bottle” was acquired in 1850 by Paul-Émile Rémy Martin I, from a peasant who supposedly found it on the site of the battle of Jarnac in 1569, which pitted the duke of Anjou against the prince of Condé. The Louis XIII carafe, which since 1874 has encased the golden nectar in the light of glass, will become an icon at the four corners of the world. Each piece, in the style of an haute couture creation, is numbered and hand blown, requiring the successive skills of eleven exceptional craftsmen. Richly decorated with fleurs-de-lis, the crystal carafe reveals and enhances the precious elixir that it contains. 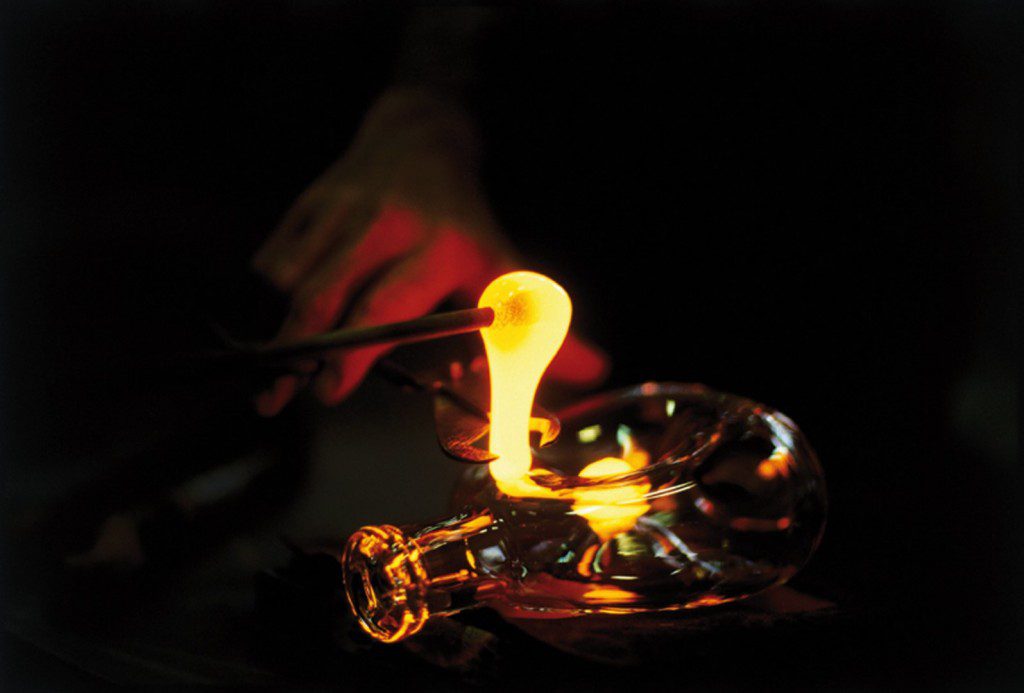 The distinctive curves familiar in today’s carafe were influenced by those of the original metal flask, at the end of the 19th century. Made of glass in 1874, the move to 24-carat gilded crystal took place in 1936. Boasting a wealth of volutes, the lines of the carafe evoke the memory of the Grand Siècle era. The droplets that seem to protect it from time, like a shell, give it a unique, timeless expression. Finally, the fleurs-de-lis impose their royal signature at the very depths of the crystal. 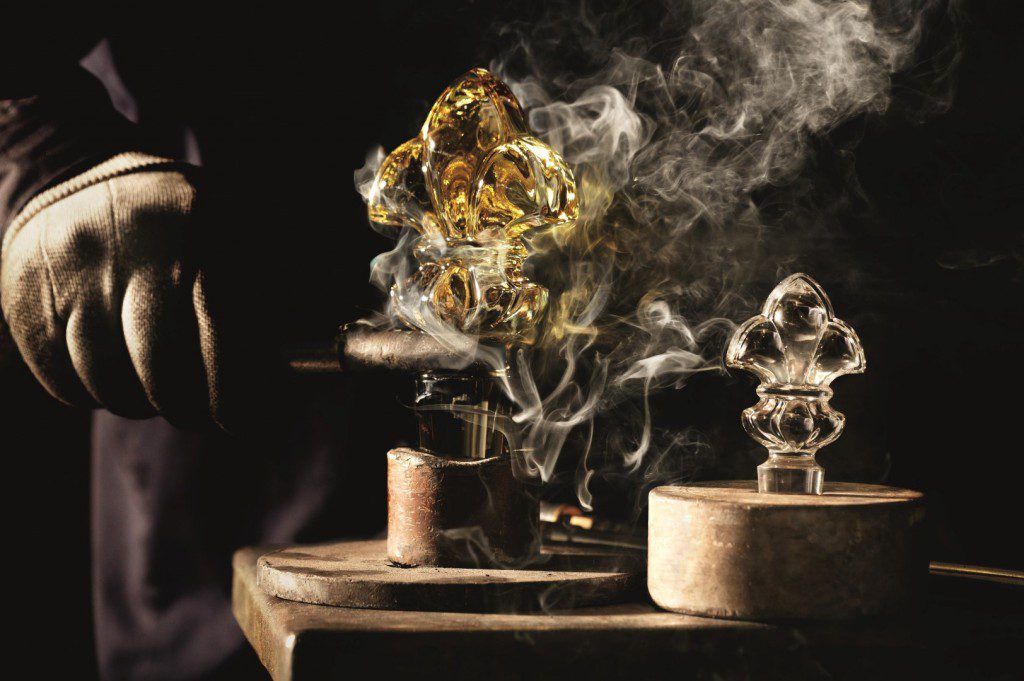 Louis XIII accompanied the emotions of unique moments such as the maiden voyage of the Normandie in 1935 or that of the France, as well as the first journey of the Orient-Express to Constantinople in 1929, or in 1984 the flight on board Concorde to celebrate with passion this magnificent defiance of time at Mach 2. It is also served in Royal courts across Europe and in the iconic luxury hotels from the USA, to Dubai, the capitals of Europe and South Africa.
Louis XII is unique through its heritage and complexity and communicates its history via the nose and palate and the striking visual of the decanter. It looks, smells and tastes special and each encounter will be a memorable experience.