There are number of South African wine estates plugging the word ‘organic’ into their methodology. We hear how vines are pesticide free and not subject to industrial fertilisers and how ‘organic’ farming methods are conserving and increasing biodiversity. But, like any revolutionary or out of the ordinary practice, eyebrows are raised as to the true intention of the ‘organic’ label and the depth to which farmers will participate in the movement.

There are many definitions of organic, the most popular being “relating to or derived from living organisms” and that is only one of the true fundamentals to organic farming as Johnathan Grieve of Avondale Wines tried to explain to predominantly wine journalists over a vertical tasting of Avondale’s Cyclus blend.

Avondale is a pioneer of sustainable viticulture in the Cape winelands, with Grieve bringing together elements of organic farming, biodynamics and modern science into a unique farming philosophy dubbed BioLOGIC®.

From the impact of BioLOGIC® in restoring the farm’s natural ecosystems to embracing both innovative and sustainable practices in the cellar, there’s no shortage of stories to be told on Avondale. Each wine in the Avondale portfolio tells part of this remarkable journey, and Cyclus is a testament to the farm’s natural approach and the crucial role biodynamics plays in the vineyards. 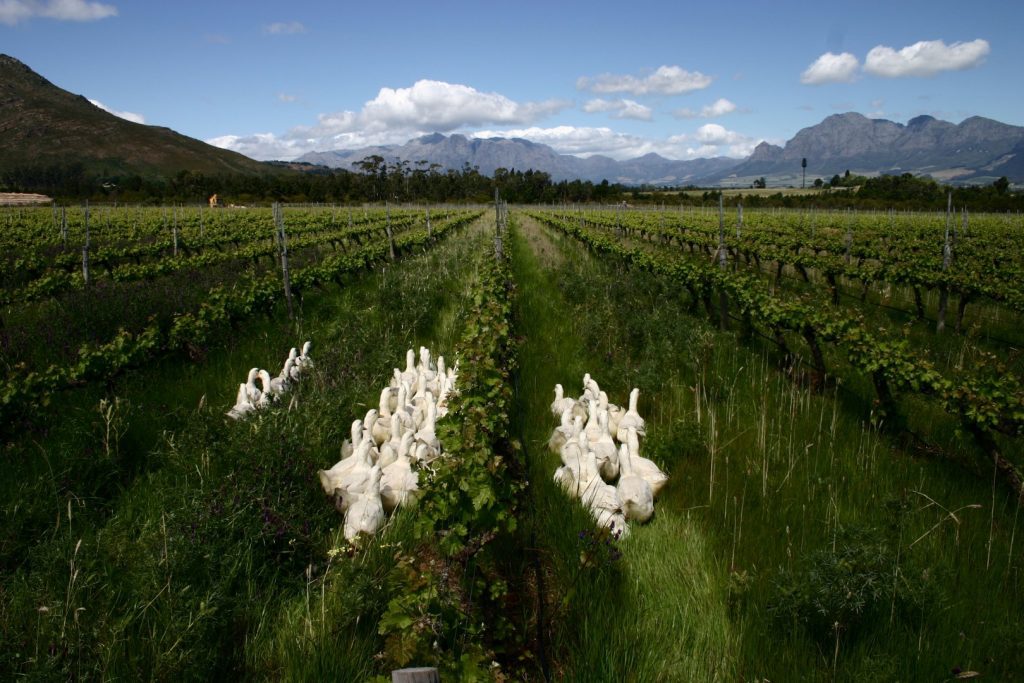 Instead of synthetic chemical fertilisers, biodynamic viticulture uses nine core ‘preparations’ to feed and nurture the soil through the year. Before being applied, these are first stirred into a vortex to create alignment and rhythm, and then reversed to create energy and chaos. This hour-long process of ‘dynamising’ using the vortex is integral to the efficacy of the preparations, and the eventual health of the vineyards. Little surprise then that the graceful curves of the vortex dominate the label of Avondale’s flagship white wine.

It’s a philosophy of Rudolf Steiner, founder of the Waldorf education system and biodynamics and I think went above many heads in the main area of James Diack’s Coobs restaurant in Parhurst. Grieve talked about preparations in cattle horns which are buried and then applied to the soil according to phases of the moon.

Now in its sixth vintage, Cyclus is a five-way blend built on a foundation of Viognier, balanced by equal parts Chenin Blanc and Roussanne, and rounded off with smaller portions of Chardonnay and Semillon.

Grapes are hand-harvested before pressing in the gravity-flow cellar, with the unfiltered juice fermented in 500-litre and 600-litre oak barrels for 12 months.

Crucially, only natural yeasts are used in “a warmer, more oxidative” style of winemaking, says Grieve. “Because we only use natural yeasts it can take up to nine months for the wine to finish fermenting. It’s part of the process, and it really contributes to the character and expression of the wine.” Grieve believes that commercial yeasts deliver one-dimensional wines.

The natural approach also sees a small portion of grapes fermented on both the skin and stalks for three months, which are then pressed and matured in both oak barrels and clay amphorae for a further nine months.

“The whole bunch pressing and the maturation in amphorae is also integral to the character and expression of the wine,” explains Grieve, adding that clay from the farm was used in casting the unique earthenware vessels. “It’s just another way for us to maximise the Avondale characteristic in the wine.”

On the nose, Cyclus is redolent of violets and peach, with a hint of frangipani blossom, while the palate delivers intense flavours of pear, apricot and fig. The integrated oak and extended lees contact offer a creamy, structured finish.

We tasted the 2013, 2012, 2011, 2010 and 2009, vintages of Cyclus and decided on the 2011 to take us through the menu prepared by Diack whose sustainable and organic ingredients sat perfectly beside these exceptional wines.

‘Organic’ might be a buzzword in winemaking but not at Avondale. Here it’s a way of life and a philosophy that permeates the winemaking, the viticulture and the people. The motto is Terra Est Vita (soil is life) and judging by Cyclus, life at Avondale is good. 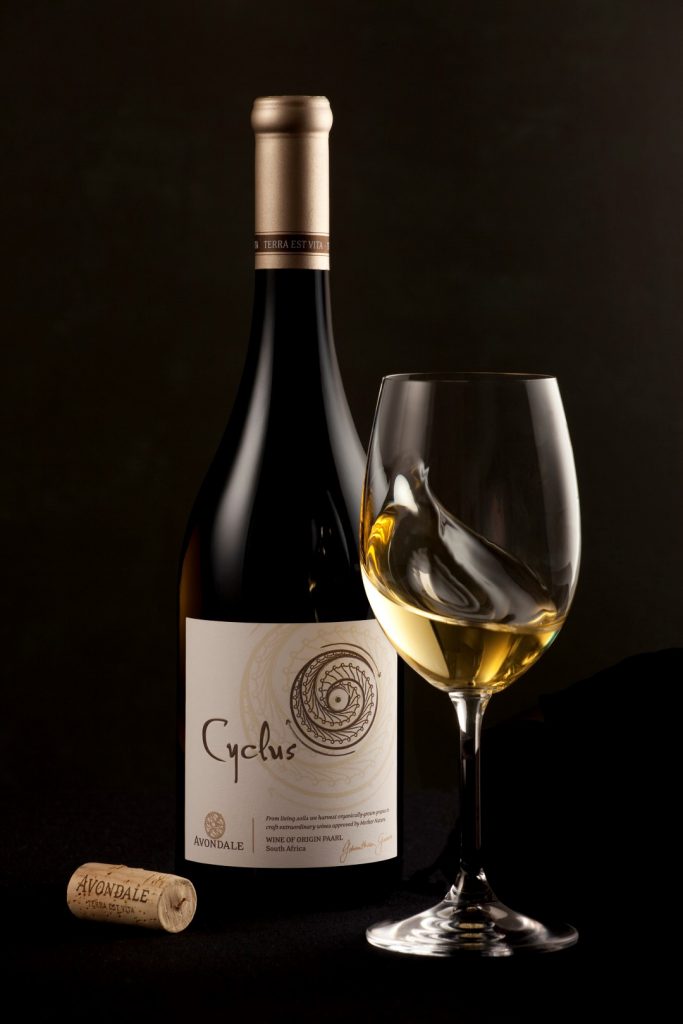 “Come quickly! I am tasting stars!”