You cannot choose the weather when you visit a foreign city, neither can you choose whether they decide to renovate the place when you’re there. So revisiting Copenhagen, while laced with anticipation, was dampened by weather most foul and the expansion of the metro system with the City Circle Line (Cityringen) which will add 17 stations and eventually replace the inner city bus services to reduce congestion. A lot of the city will be a construction site for another three years but don’t let that deter you because this is a magical place filled with fantastic people whose blood runs thick with their Viking ancestry.

It was 12 years since I had last walked the streets of this ancient fishing village that had become a cultural flag bearer for design and architecture and one of the finest examples of how people interact with and use their city. Much had changed and then so much stayed the same, particularly the inner city precinct stretching from Nyhavn to the Tivoli Garden. The green copper spires and towers still dominate this skyline of human scale devoid of any intrusion by modern commercial interests to put people in tall buildings. While medieval in its origin, the 17th and 18th century aesthetic dominates Copenhagen, from the townhouses that line the restored harbour at Nyhavn and along the canals of Christianshavn to the stone institutional structures, palaces and churches that stand over generous open squares. 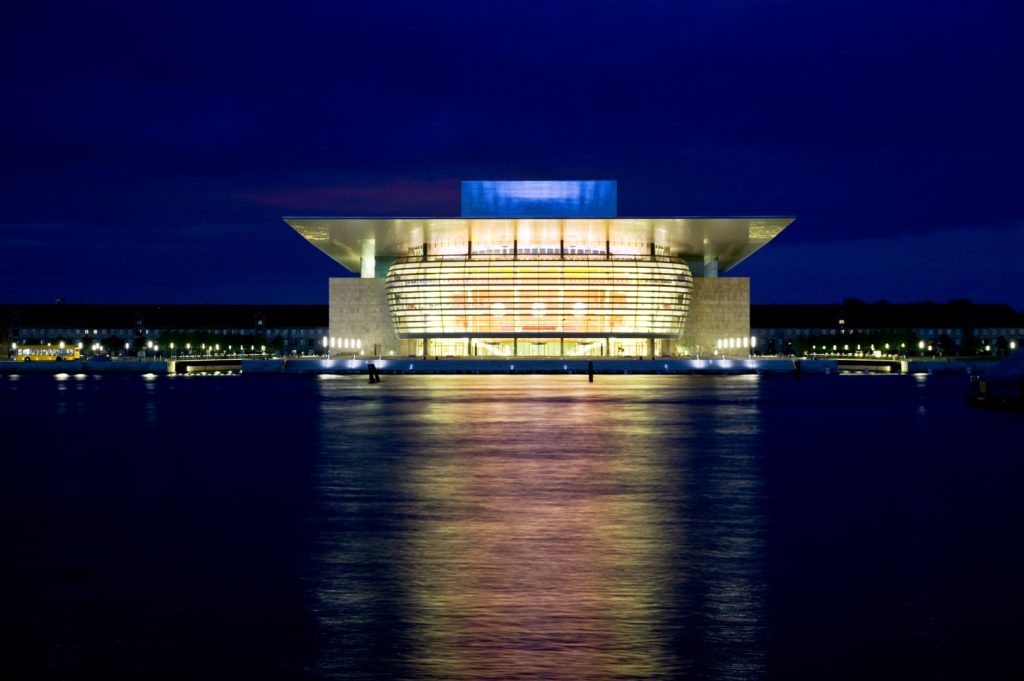 There were a number of additions to the architectural and urban design landscape I wanted to see for the first time, as well as visiting a favourite district that had changed face since the relocation of the Malmo ferry terminal.

It’s fair to say that Denmark is far more relaxed as far as the purchase and consumption of liquor than its Scandinavian neighbour Sweden. Some years ago Swedish liquor merchants required you to stand behind a counter and have the shop assistant serve you rather than choose it yourself from the shelf. So, many Swedes would catch ferries to Copenhagen from Malmo and recharge their crates of empties at bottle shops that lined the wharf on Havengade, without the humiliation of being told by a shop keeper that you’re buying too much. There were also many basement pubs along the wharf that did a fair trade when the ferries docked and crates were replenished and thirsty Swedes were waiting for their boat to depart. They were smokey and dark places filled with conversation and Scandinavian drinking culture where the weathered faced locals looked as if they had spent their lives on the sea.

Sadly they’ve gone and the wharfside has been regenerated, as has this entire stretch of Havengade from Hyhavn to the Frederiksholms Canal, to make way for bistros and restaurants offering contemporary Danish cuisine along a generous promenade that used to be the offload area for the ferries. The old customs house building stands testament to this regeneration and its maritime inspired Art Deco façade now represents The Standard which houses two restaurants and a jazz club. We dined at restaurant Almanak on a rainy autumn night, which seemed almost fitting with its contemporary Danish cuisine, buzzing atmosphere and the mottled view through the rain of the familiar apartments across the canal where the adaption of Peter Hoeg’s novel Miss Smilla’s Feeling for Snow was filmed. 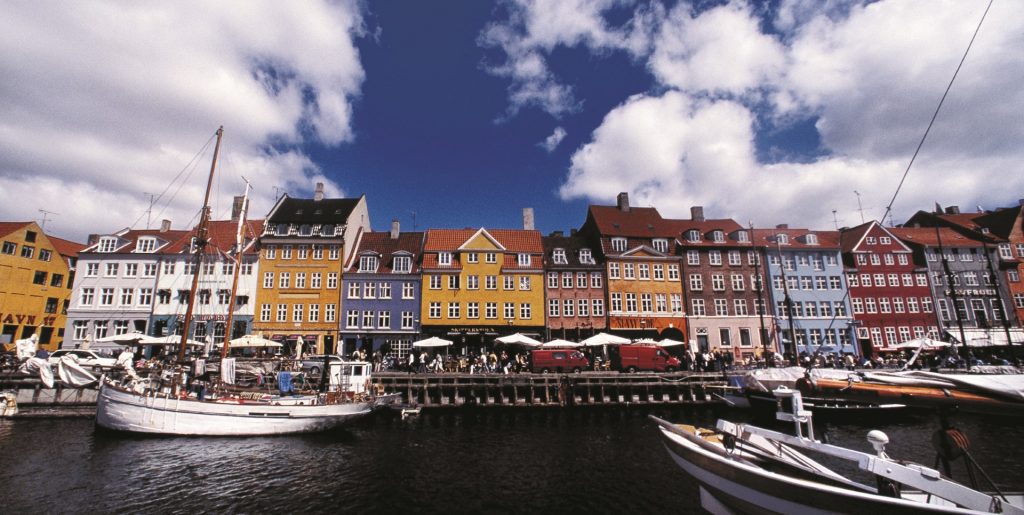 Copenhagen is a city that has prioritised pedestrians and cyclists providing generous lanes for those on bicycles and creating the world’s longest and oldest pedestrian street, Stroget, which forms the spine of the inner city. Until recently, if residents of Christianshavn across the main canal wished to cycle or walk into the city, they would have to cross the busy Knippelsbro bridge. Now a dedicated low-level cycle and pedestrian bridge, Inderhavnsbro, links its two islands of Zealand and Amager in a typically Scandinavian design that is elegant and undulating and boasts vistas across the water to the new Royal Danish Playhouse and the Copenhagen Opera House, two fine examples of contemporary architecture that exist on a human scale and embrace the water in an integrated and open language.

Across this bridge on the island of Amager and in the narrow streets and canals of Christianshavn, the lifestyle of Copenhagen translates into the gentle tap of boat sheets against the masts of the many occupied house boats, and the cafés that spill out onto the wharfs in front of the Dutch Renaissance houses that line them. Heading into autumn, the days were not as extended as they are in summer but Copenhageners still revel in the twilight hours and spend as much time outdoors as the darkness of winter slowly puts them into hibernation. 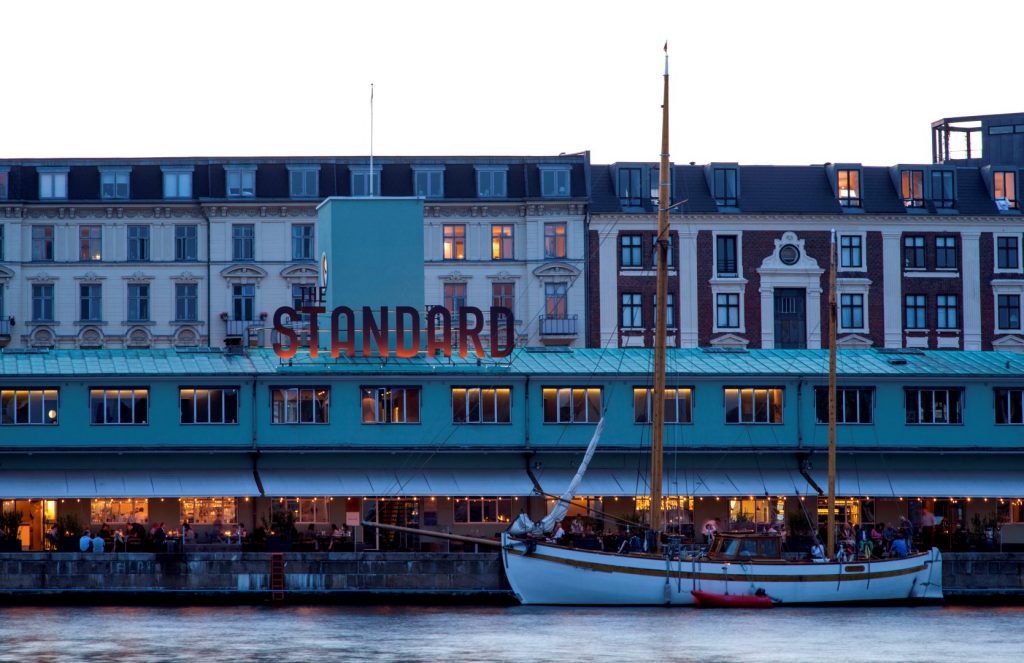 This is also the home of Freetown Christiania, an autonomous enclave of about 850 residents who have lived outside of the law since 1971, after squatting in an old military area and living a hippie lifestyle of collectivism and anarchism. It began to attract hard drug dealers who piggy backed on the relaxed cannabis trade within the neighbourhood which has always put a cloud of controversy over a remarkable example of peaceful defiance and creativity. It’s a must visit if you’re in the city, if only to see some of the alternative architecture and beautifully crafted bicycles of Christiania Cycles.

The city of Copenhagen is one which will enchant you, at the same time it will embrace you and draw you into its warmth, offering itself on all levels of interaction. It’s a multi-dimensional experience with a surprise around every corner and it combines its ancient history with its contemporary culture seamlessly. Don’t rush around her in a morning, give yourself a few days to become absorbed and eventually infatuated with this beautiful Danish lady.

Memories are Made of This