I’ve mentioned before  how a Bang & Olufsen BeoSystem 1200, belonging to cashed up friends of my folks, captivated me as a young boy and the overriding thing that made it stand out above the Pioneer system we owned was the innovation and beauty in the design. Jacob Jensen’s design was something to behold and the evolution of the BeoSystem saw sleek brushed aluminium concealing the working parts and controls to become a sculpture on a shelf and a design focal point. After Jacob Jensen retired David Lewis Design Studio was the company that took over and continues to do the majority of the product design for B&O who have always outsourced the design in consultation with their internal team. Torsten Valeur now heads the studio, an architect by profession who spent his years after graduating making fireworks for the Tivoli Garden in Copenhagen. His first design for B&O was the iconic curved BeoCom 2 telephone handset. 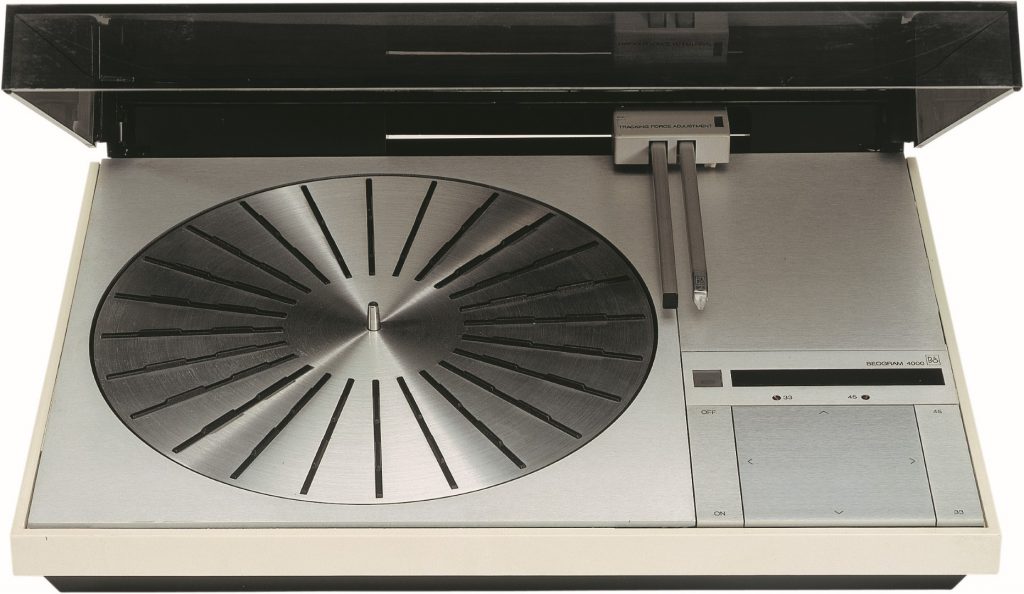 The relationship between engineers and designers has always been one of tension in a professional team, be it in acoustics or architecture. Engineers will accuse designers of impractical whim, while designers will accuse engineers of inflexibility and a lack of understanding of aesthetics. Geoff Martin is B&O’s Tonmeister and sound design specialist while Kresten Krab-Bjerre represents the designers as senior manager of sound concepts.

As Geoff explains, the process of making a loudspeaker usually starts with Kresten and the sound concept guys and designers who will then approach the acoustics guys and say, we need this to be a loudspeaker. It’s then up to the acoustic engineers to put the speaker components into the design ensuring acoustic integrity. Geoff says there are a number of considerations including enough volume of air behind the speakers and, if there are more than two speakers, that they are kept apart. He says speakers are like children, they need to be separated, otherwise one of them is going to win.

The Cube is a specialist room at the The Farm, the headquarters of B&O, measuring 12mx12mx13m where the performance of the loudspeaker is measured and adjusted, electronically, to create the desired frequency responses and acoustic effect for the positioning of the product in the market. This is where it will ‘grow-up’ and become the prototype for the final product. It is then tweaked in listening rooms that are set up to most closely resemble the average living area, with its reflective surfaces, absorbent surfaces, bookshelves, pictures, windows and furniture. Once Geoff is happy with the loudspeaker’s performance in a typical environment, with all of the electronics, referred to as the ‘brain’, built into the unit, it’s ready for production. 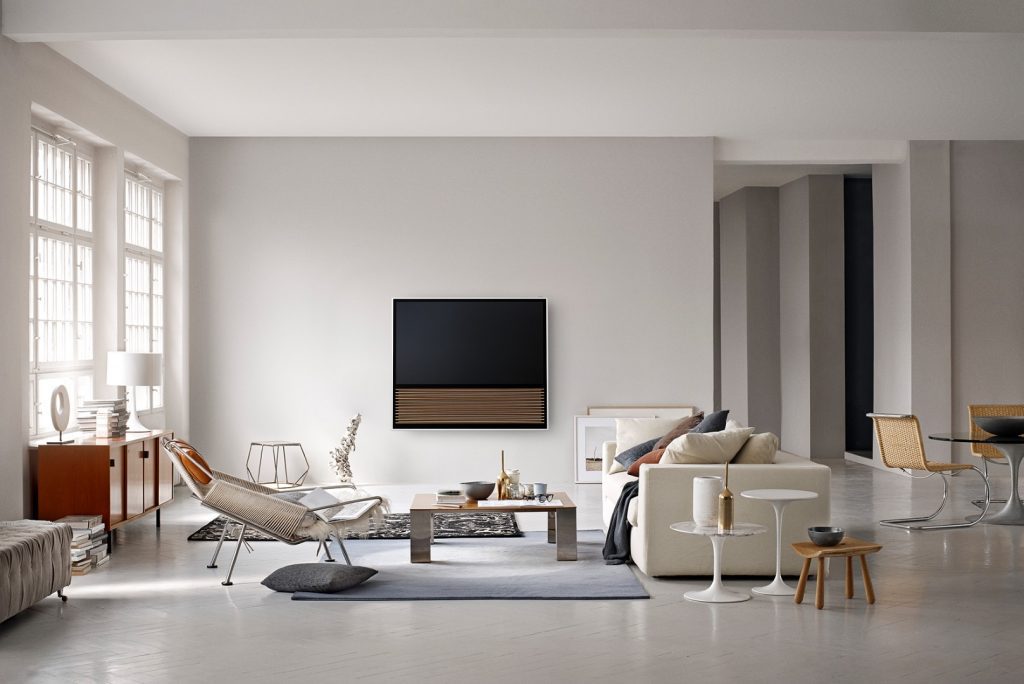 But the latest and most ambitious of B&O’s loudspeakers to date, the BeoLab 90, was a little different. When you listen to music in your home, unless you’re sitting as though your head was in a clamp, perfectly positioned in the centre of the stereo sound, 80% of what you hear is actually the room reflecting the sound at you. The problem is that reflected sound gets to your ear later than direct sound, creating conflict in sound waves which either cancel each other out or multiply the effect. Geoff says with the BeoLab 90 they wanted to have the loudspeaker analyse the room and dampen the sound directed at reflective surfaces, much like noise cancelling headphones, to highlight the direct sound from the loudspeaker. This meant a total of 18 drivers – tweeters, mid-range and woofers – placed in specific volume boxes, pointing in specific directions, including an active amplifier for each driver, as well as the sophisticated processor. It was the engineers who could now set the challenge for the designers.

German based designers Frackenpohl Poulheim used the concept of hyperbolic paraboloids made from polished aluminium frames and acoustic material, to envelop the huge aluminium base cabinet on a curved, laminated wood plinth. They’re beautiful to behold but they’re enormous and are set up to measure and respond to the room from one location – these babies weight 130kg and stand  1.25 metres – but the good news is that settings allow for specialist listening, group listening and general party listening, and they pump out 8 200 watts of power! The name BeoLab 90 refers to the 90 years B&O had been in existence in 2015 when they were released to the market after three years of development, and do a Google search and you’ll find only sensational reviews from specialist publications raving about the performance of this loudspeaker.

Most of Bang & Olufsen’s development today is loudspeakers, either large units in the BeoLab range or the portable speakers in the BeoPlay range, including headphones. A few years ago there was development in sound sources such as turntables, tape players and CD players, but in this century it’s all MP3 and Bluetooth.  The company also develops high-end acoustics for luxury car manufacturers Aston Martin, Audi, BMW and Mercedes Benz and produces televisions that form the foundation of the BeoLink system with superior visual processors on top of LG screen technology. 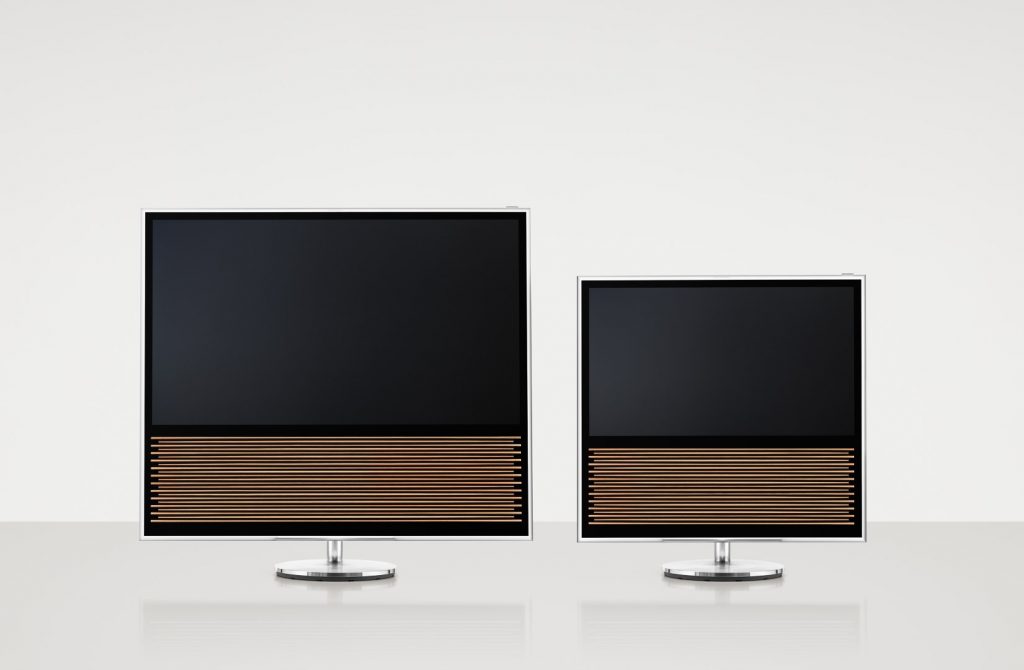 While you might think BeoLink is a system to integrate your audio and video devices through the home, think again. Since the early eighties B&O has been developing BeoLink as a home automation system and today, if anything can be remotely controlled in your home, it can be linked to the system and controlled via the BeoVision TV and even remotely from the App, no matter the manufacturer of the appliance or system. You can even plug in Alexa from Amazon or Apple’s Siri to accept voice activation commands.

And then we visited “The Torture Chamber”, a facility in a basement where mechanical engineer Peter Loff tries to break things. At the time we were there he was putting a R400 000 television set through its paces by freezing it at -20C and then heating it to 50C to see if condensation and temperature fluctuation affected performance. He’ll drop a set of headphones from chest height 100 times, and if something breaks engineers must fix it to prevent the problem. So too with packaging that’s dropped from a height onto the corner of the box, with the component inside, to see if you’ll still get a working TV if the shipping company drops it overboard.

The Farm in Struer is the centre of development, and head office of B&O, as well as the aluminium, processing and anodising plant. Ib Kongstad has been the senior technology specialist in anodising for many years and has mastered the craft of creating colour through the anodising process, a first, and refuses to retire until he’s mastered the challenge of a white anodised aluminium component. He says he’s close, and he says it with a broad smile on his face as if to say he will soon rest in retirement. Assembly of all B&O products takes place at a plant in the Czech Republic.

The Olufsen legacy still lives on in Struer and the old farm Quistrup Manor is occupied by Susanne Olufsen, the wife of founder Sven Olufen’s nephew. Her personal anecdotes of life through the years are testament to the legacy of a company that took HiFi to another dimension in the old days of gramophones and integrated sound systems and continues to stand apart in terms of the quality and design of modern audio and video systems

Chris Buchanan was the guest of Bang and Olufsen in Struer and Copenhagen.

Leaders of the future