A challenge was recently set by Mike Ratcliffe, managing partner at Vilafonté Wines – name a winery or estate in South Africa that only produces one premium wine. I couldn’t think of one but my knowledge of this industry is limited and we settled on the answer that there we

re two wineries that were close with two wines, Hamilton Russell and Vilafonté. The problem is economy of scale whereby the craftsmanship and attention to detail needed for a pinnacle wine can only be done on the back of a range of affordable wines produced profitably for a wide market.

A visit to the wineries of these pinnacle wines will inevitably take you through rows of vineyards on the approach to an architectural statement, housing the tasting and hospitality areas with its gravity feed cellar, Top 20 restaurant and verdant gardens. You’ll be given the story of special reserve blocks and particular barrel and bottle ageing techniques that differentiate the pinnacle from the affordable and there’ll be the inevitable reference to the historic significance of the property. No criticism, just the same economy of scale at work, and the stories that our wine heritage has to tell that add to the intrigue and mystery of a magnificent industry.

This pinnacle wine story tells of luxury at the core and an artistic process in creating excellence – no frills, just craft within a team of great people who get their hands dirty. 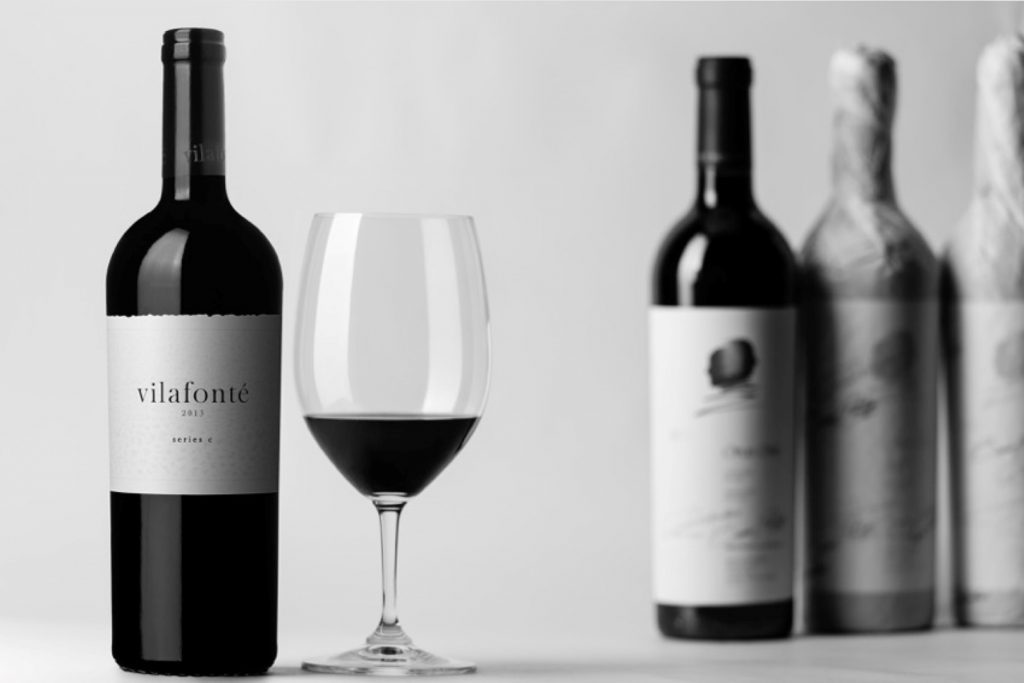 In 1990 Californians Zelma Long and Dr Phil Freese came to South Africa and saw the ideal conditions within which to make world class wines. Zelma is internationally renowned for her wine-making skills out of California’s Napa valley, notably with the Robert Mondavi Winery and Phil, also with Robert Mondavi but including Opus One, and his extensive scientific work in how vine physiology is used in perfecting wine.

The pair saw in the Cape winelands old soils, perfect weather combinations and a diversity of terroir that had them wondering why we were so far away from producing to the best of our ability. “We didn’t choose South Africa, South Africa chose us,” Zelma tells me and the terroir they found on the slopes of the Simonsberg is ideally suited to the four varieties in the Vilafonté Bordeaux style blends, Cabernet Sauvignon, Cabernet Franc, Merlot and Malbec – the two Cs dominating the Series C blend and the Ms the Series M blend. The soil on the terroir is of the oldest recorded types on the planet, perfect for fruit concentration and which would unlock, not only the potential of the vines, but the identity of the winery.

Phil and winegrower Edward Pietersen look after the 17 small blocks of wine on the property using advanced techniques to understand the health of the vines and to keep them in an ideal physiological state for pinnacle wine production. The day I paid Vilafonté a visit, Edward was standing over a brand new apparatus which looked more suited to a physics laboratory than a vineyard and he had a huge grin on his face as though he’d just opened his ultimate gift from under the Christmas tree. It’s a tool for viticultural analysis, called a pressure bomb, that Phil had a hand in developing and that measures the work of the vine in getting moisture through the plant to the top of the leaf, adding science to the hand craft of making wine, and Edward would be the only grower in the region to have one.

Vilafonté’s winery is located in a small industrial holding outside Stellenbosch and is of Zelma’s design and state of the art in terms of its function as an environment in which to make wine. Two climate controlled rooms for base wines and for blended wines, flank the central hall, its perimeters lined with fermentation and storage tanks and a vast floor area to allow for working on the wine. No dark cellar with vast stacks of barrels and musty odours from moisture seeping through sandstone walls. 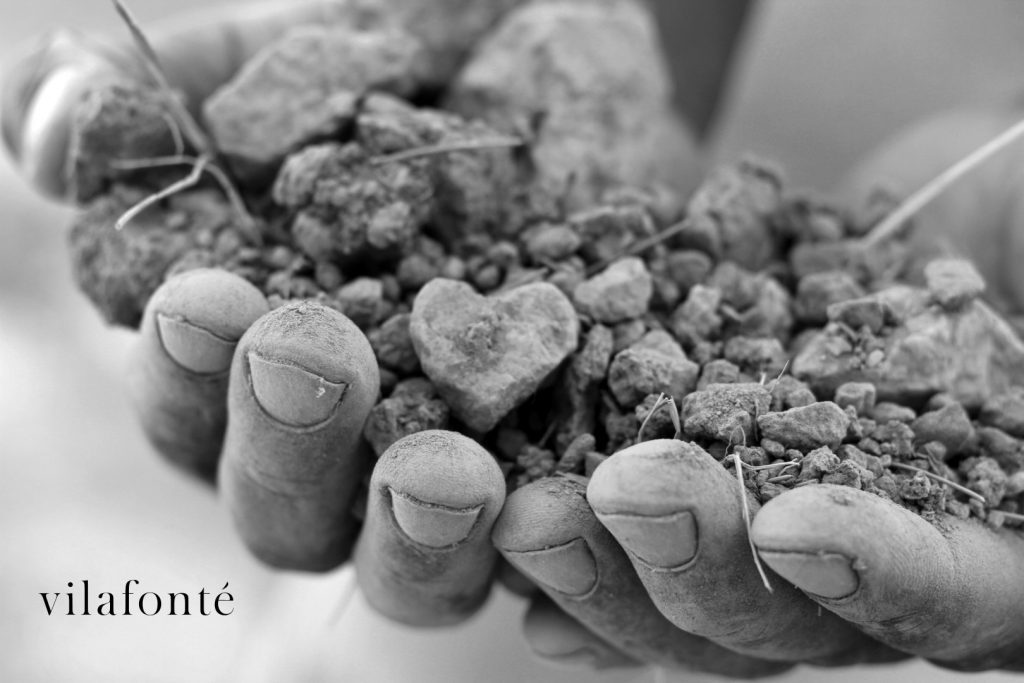 The grapes are gently put into tanks and all movement of both fruit and wine is done with gravity courtesy of a forklift vehicle and purpose designed steel palettes that hold barrels and bottles and are stackable in the storage rooms. When the barrels of base wine are needed for blending or to be worked on, or when blended wines come down for bottling, they’re brought into the central hall and placed on ground level, barrel high. Mike says this allows the winemaker to work standing up, without having to worry about falling off a ladder and able to concentrate on their craft.

“The winery works on the principle of a fingerprint on every grape,” says Mike, “we’re not billionaires, we’re artists.”

We tasted Cabernet Sauvignon out of the barrel while it was on the floor after an intensive week of blending by the team and then a Series C out of the barrel that would be bottled this year and that Zelma cautioned not to be too critical of, but I’m no connoisseur and it tasted magnificent to me – such is the way of the artist when the canvas is not quite ready for the public eye.

Sales and marketing of the two specialist Bordeaux blends are in Mike’s hands through a membership and an annual allocation but it’s in the presentation and packaging that the art and craft are manifested. Each bottle is hand packed in a tamper proof wrapping and presented in a handmade wooden case that is both rustic and sophisticated with a dampened lid and subtle branded imagery, completing the Vilafonté ethos of a crafted product through minimalism and consistency in creation and presentation. As for the name, Mike says the three of them carried around for weeks a list of possible names for the winery, contemplating which would suit the story, until his wife, Pip, asked why not use the name of the ancient soil that had been under their noses all the time – vilafontes – and voila, the circle was complete! But for me, what makes this story true to its artistry is the preservation of its heritage.

Unsold inventory is rarely good for a balance sheet but in the world of pinnacle wine, it’s a big asset for Vilafonté though a strategic withholding from the market to preserve and increase value. For Zelma, Phil and Mike it’s important that the vintages are given time to age and reach full potential, available to market for many years after their making, so a percentage each year is held back, preserving it for future wine lovers, but most important, adding and realising investment value in a sought-after luxury wine.

After all, Wine Enthusiast calls Vilafonté One of the top 100 wines in the world and therein lies the value which can only come through putting that fingerprint on every grape.