Having grown up in the era of movies such as Cannonball Run, and more recently the Fast and Furious franchises, it’s no wonder when the opportunity came up to enter the Rogue Rally with over fifty super cars, that I closed my eyes and said yes.

The Prestige Magazine entrant into the race was a McLaren MP4-12C sponsored by our mother company, Neo Africa. The rally comprised a 2900 kilometre trip from Johannesburg to Cape Town through the towns of Graaff Reinet, East London, Port Elizabeth and Knysna. There were specific experiential events in each of the major towns which included timed track events, a hill climb, drag racing, a gymkhana and closed street events.

The legs between the towns were not timed thereby ensuring drivers remained conscious of speed limits with no incentive to do anything that would set the wrong example. For many, who do not necessarily drive these routes, seeing the South African countryside is a revelation and these do rival some of the best sceneries and roads trips globally. It is also an opportunity for people in the small towns to see in the flesh cars that they generally only see in the media.

The Prestige Mclaren was branded in livery akin to champagne bubbles which was a sight to behold on its own. 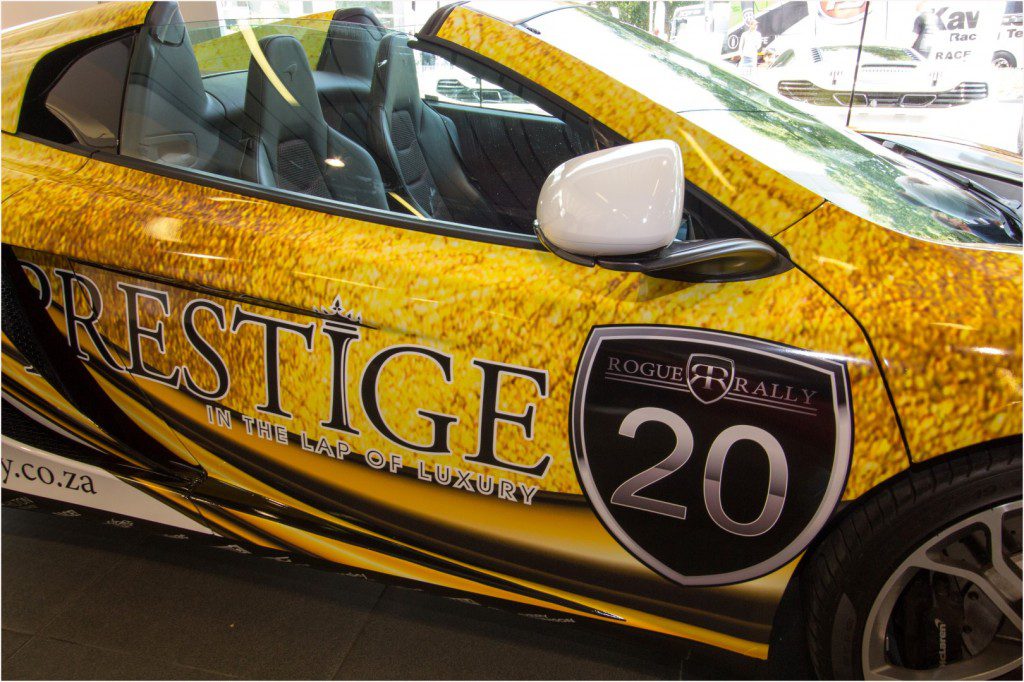 The car’s performance came into its own throughout the trip and performed in the upper quartile on most of the timed events, not bad considering that we did not shed weight and always had to occupants, compared to many other competitive drivers who wanted to achieve the best figures.

We saw the event as experiential. The Rogue Rally organisers we very efficient and well co-ordinated as everything flowed smoothly through each leg of the tour. Each evening comprised \ entertainment along with food from the region.

This trip was made special by the presence of the McLaren P1 which after the drive I was given in the vehicle, I can safely say is one of the best super cars (now termed hyper cars at this level of performance as a hybrid vehicle with over 900 horsepower) in the world.

For those who have a love of cars, the open road and for mingling with like-minded people, the Rogue Rally 2015 should feature right up there on the list.

The New Audi R8 V10 Plus in Pictures