Mercedes Benz cleverly chose to align its coupe-styled sports utility market attack on the latest iteration of the Spielberg Jurassic movie franchise – Jurassic World – with its rendition called the GLE Coupe. This says a lot of a vehicle that most people would presume is really a soft roader with its hardest work being climbing some pavements in the urban jungle and the occasional gravel road.

The Mercedes Benz South Africa team was even cleverer by choosing to launch the vehicle in proper off-road conditions in the heart of the forests of Knysna. We were hosted at the beautiful Conrad hotel at the Pezula Resort before being shuttled across to the forest for a breakfast amongst the trees. The intervention had to be conducted in the most eco-friendly means possible, under the watchful eyes of the South Africa National Parks officials. The introduction of the vehicle was carefully orchestrated with a “tribe of natives” flitting through the forest as a pre-cursor to the actual vehicle reveal. The first launch vehicle was clad in a forest camouflage wrap. 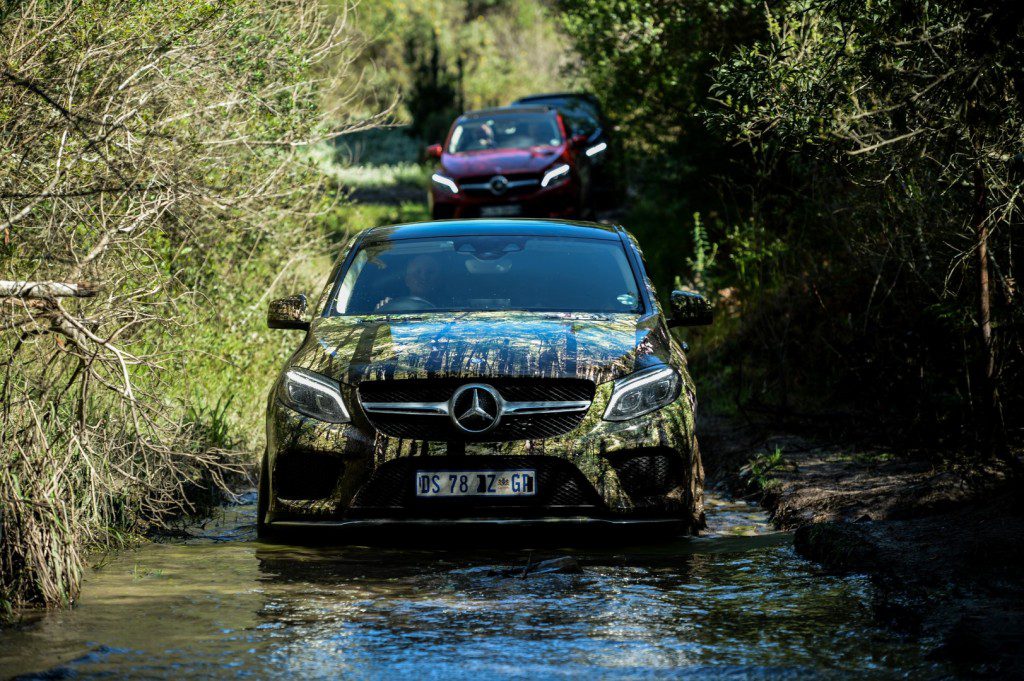 On to the vehicles themselves. We were introduced to the range topping GLE 63s Coupe, the GLE 450 AMG Coupe and the entry-level oil burner the GLE 350d Coupe. Initial reaction was that Mercedes is now foraying into the hugely successful space dominated by the BMW X6. There is nothing actually wrong with that as the anomaly of a SUV styled coupe defied all predictions and has performed extremely well worldwide, so why not enter the space?
The GLE 63s Coupe packs a huge punch with a growl to match, featuring the brand’s massive 5.5-litre V8 biturbo engine (Thankfully, this has not yet been changed to the 4 litre like in the C63 and the GT-S), pushing 430kW. The 63s boasts a claimed sprint to 100km/h in 4.2 seconds, and a claimed combined fuel consumption 11.9 litres per 100km. The GLE 450 AMG Coupe, powered by a 3.0-litre V6 petrol with a pair of turbochargers pushing 270kW and 520Nm with peak torque available from 1400rpm to 4000 rpm. The GLE 350d sports a 3.0-litre V6 turbo-diesel engine with 190kW on tap.

With the key technical bits out of the way, we were treated to taking the vehicles through reasonably tricky off road terrain in the forest. The previous day’s rain did enough to make some interesting muddy sections, which I was very thrilled to navigate through – extremely glad that my co-driver was content to sit in the passenger seat for that leg. The technical wizardry deployed into this vehicle comprising adjustable height settings on the suspension along with clever 4Matic system. With some of the slippery downhill slopes the GLE Coupe (we were in the 450 AMG at that time) was perfectly capable. I can safely say that many of the GLE Coupe’s competitors would not ave made it through some of the ruts and angles that the

Mercedes successfully navigated as not many of the competitors in this segment possess the ride height adjustment.
My overall conclusion is that the GLE Coupe could hold its own against many proper off road vehicles even though many would not see much more than a puddle in the city. If you ever buy one, my advice is to get out onto the dirt roads and experience what the countryside has to offer and the GLE Coupe could make an ideal urban/rural chariot to tackle reasonably rugged terrain and still get the kids to school. Out on the open road (tarred), the other personality of the Coupes shine through. In the 450 AMG and the 63 versions there is a distinct Mercedes burble at low revs that becomes a roar when the right foot is pressed to the floor. All three vehicles, including the diesel, pick up speed quickly and a tendency to press the right pedal harder all the time just to feel that torque and stay on the peak curve. The 450 AMG has a very pleasing downchange grunt which I was also prone to making happen – always with a big grin on my face. 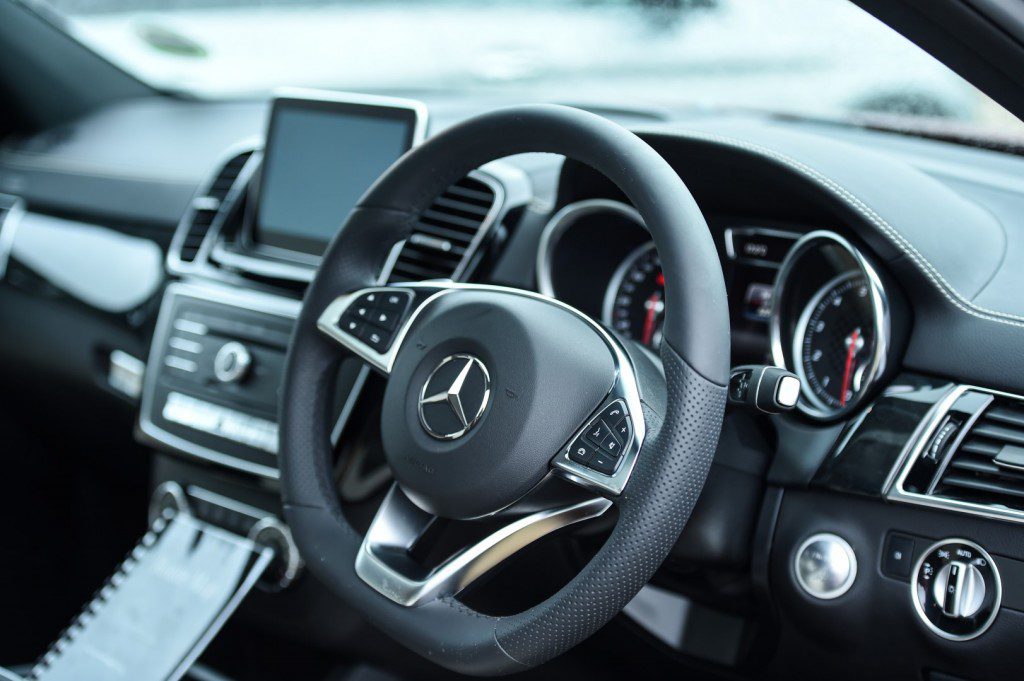 Interior of the Coupe is pleasing. I did feel, in comparison to the latest offerings from the marque that a little more updates to the buttons and placement thereof could have been done. However, I guess the designers felt that a little more utilitarian feel was still necessary with the centre console looking similar to the older ML aesthetics. The vehicle appears more spacious than its competitors with decent boot space. A few people did complain about visibility through smaller (steeply sloped) rear window, but as a regular user of similar vehicles, I didn’t really find that a bother.

The options list is extensive though with my favourite being the 22 inch rims – not great for off-road ventures but they do dramatically fill the wheel arches. Overall conclusions on the GLE Coupe – If you have to justify buying one over the conventional SUV, then you shouldn’t have considered the coupe in the first place. The coupe is one of the better all-rounders in this segment than many of its competitors and it is a refreshing entrant into the space. My pick of the bunch is the GLE Coupe 450 AMG in terms of performance, ride, feel and price.

All the Prancing Horses

Revealed – the first photographs of the open-top LaFerrari