Hailing from the East Rand city of Benoni and raised in Scottburgh South East Coast of KwaZulu Natal, the 26 year old model is the first South African to appear in the renowned Sports Illustrated America swimsuit issue, something she has achieved five times, most recently this year in the Virgin Islands.

Genevieve has completed a major photo shoot for Maserati featuring its entire range; the new Ghibli sports sedan, its first E-segment executive saloon which is set to arrive in South Africa in the middle of this year, and the luxurious flagship Maserati Quattroporte as well as Maserati sports cars, the Maserati GranTurismo and open top four seat Maserati GranCabrio. The photo shoots took place in a wide range of situations and venues to illustrate the style, performance, elegance and exclusivity of the Maserati range. 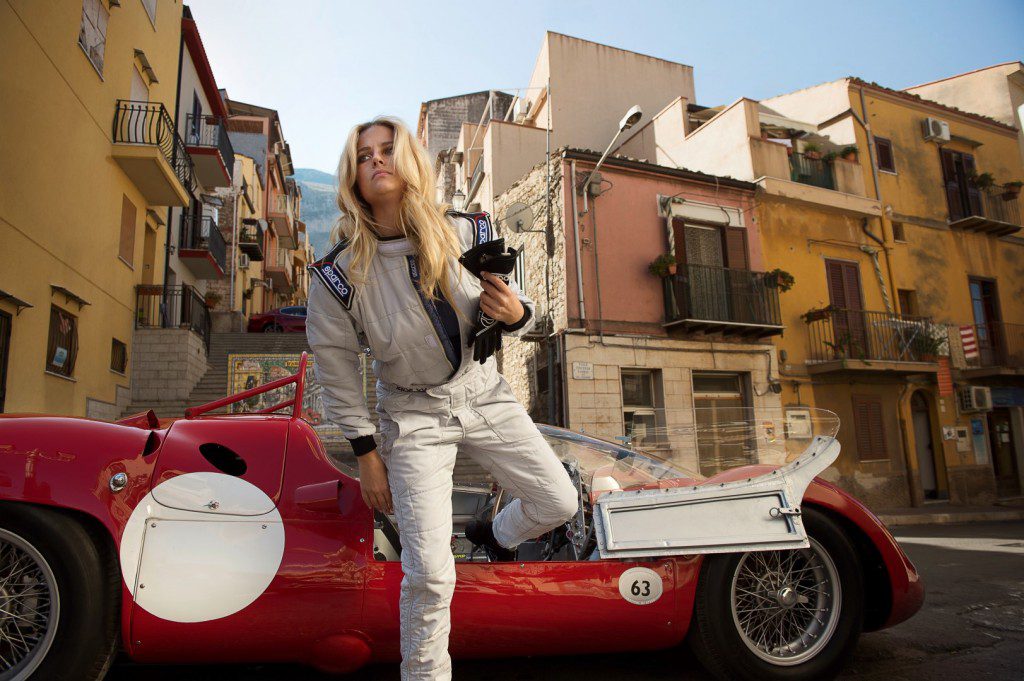 Maserati is using the pictures with Genevieve for the re-launch of its global brochure range and marks the arrival a new corporate image for its leading client communication products. To maximize the launch of the brochures, which will be in both hard copy and digital forms, Maserati has also turned to social media with four different ‘behind-the-scenes’ videos of Genevieve at work during the shoots. A special set of five pictures of Genevieve and key Maserati models will also only be available through her social media sites in coming months.

Gearing up for the Historic Grand Prix